It is a large surplus of renewable energy in Northern Norway with a production of about 20 TWh and a consumption of only about 12 TWh. In total the region has about 5,000 MW of installed wind and hydropower capacity. There is also a large potential to build additional renewable energy with several projects currently under construction.

Several of the sites are situated nearby a hydropower plant with reservoir and it might be possible to have a grid connection directly between the DC and these plants. In addition, the production and use of green hydrogen as back-up could replace the need of fossil fuel back-up for the DC.

The map below shows the diversified wind and hydropower production in Northern Norway with Nordkraft’s sites marked in red. This diversified production is another advantage of the Norwegian power system reducing the dependence of a few large scale production plants. 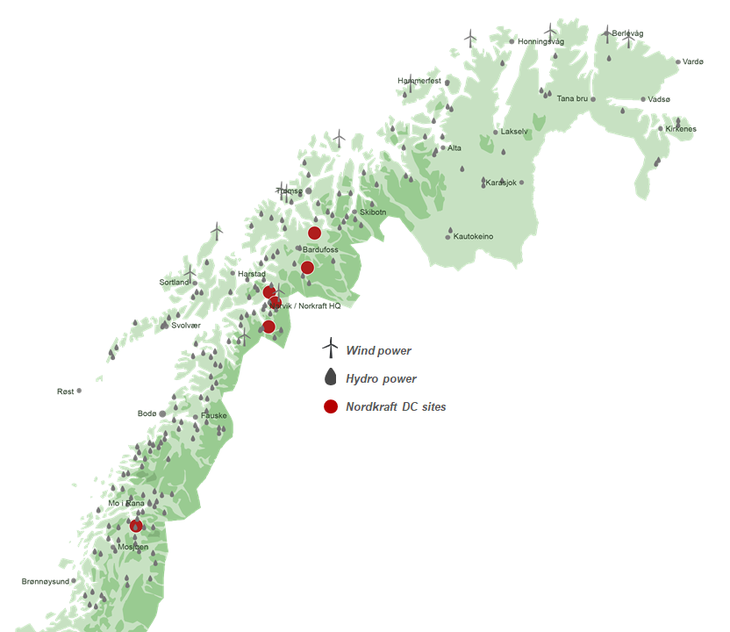 Norway has a power production of close to 98 % from hydropower and wind power. Thermal power consists of the last two percentages. This leads to the highest share of electricity made from renewable energy in Europe after Iceland, and with new estimated large investments within wind power and hydropower the share of renewable energy should increase even further over the next years.