Northern Norway has an optimal climate for a DC.

We dare to say that Northern Norway has an optimal climate for DC due to the fact that the region has:
-    Fairly warm winters and cold summers due to the Gulf stream.
-    No extreme temperatures.
-    Most hours in the “optimal temperature zone”.
This gives perfect conditions for DC operation.

Such conditions result in a low PUE and lower CAPEX for your DC.

The next graph shows the hourly temperature distribution for Narvik and Luleå for a ten-year period (2009 – 2018). As can be seen, Narvik does not have many hours with “extreme” temperatures, but where most hours may be found to be in a more optimal temperature zone. 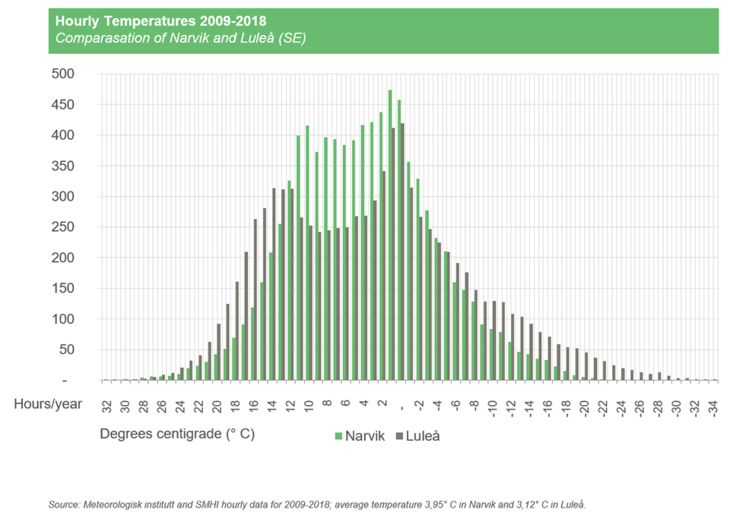 In addition, we would argue that there is a low natural hazard risk. The region is not exposed to extreme natural occurrences such as hurricanes, volcanic eruptions, earthquakes or tornadoes.