Northern-Norway has available fiber capacity with several redundant fiber routes to Continental-Europe, both through Norway and with additional routes through Sweden and Finland. 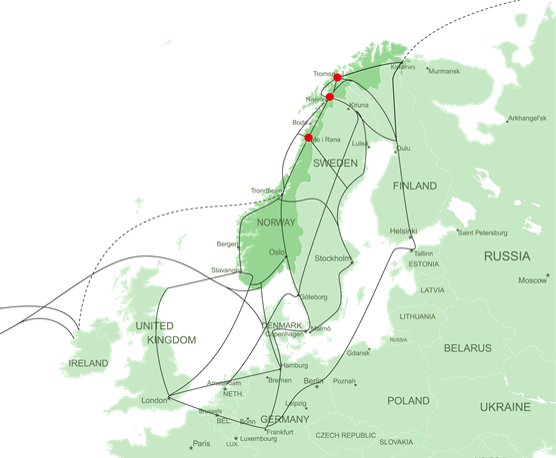 There exist several initiatives to strengthen the fiber connection from Norway and Northern-Norway in particular.

Our sites have access to several operators and there is available dark fibre. All fiber providers are willing to negotiated directly with new customers and are able to deliver internationally competitive prices.