Our DC sites is located near some of the strongest grid points i Norway.

Norway offers you some of the strongest grid systems in the world. This is highlighted by the Energy Architecture Performance Index in 2017, where Norway was ranked 2nd due to vast available of renewable power, our grid security and well-developed interconnections.

Statnett, Norway’s TSO, has a reliability of ~99.999 %. It was commented in Statnett’s 2017 annual reports that “Reliability of supply in the power system has improved in recent years, measured by a reduced amount of nondelivered energy and a reduced number of operational disturbances”.

High security of supply is also achieved by cooperation with power intensive industry companies, where companies can through different structures offer flexibility by reducing production levels in times with low grid and/or generating capacity.

All of Nordkraft’s sites are located close to strong transformer stations that has redundant connections and which is situated near the north/south main grid highway (420 kV) in Northern Norway. 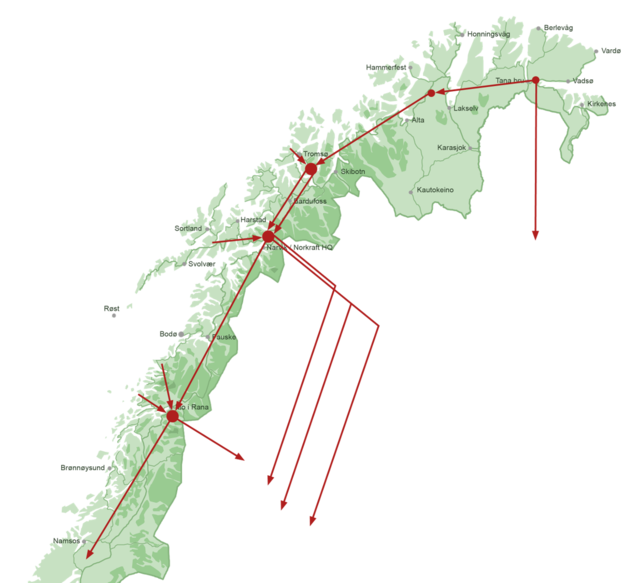